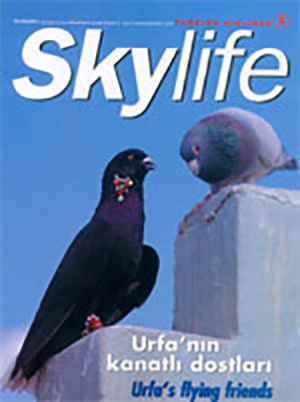 The sun is setting over Urfa. Its light touches the Harran plain and turns the crops of barley, wheat, and cotton to gold. The honey-colored light lingers on the castle and shimmers on the sacred fish in the pool. The stone walls of Ulu Mosque and other ancient buildings glow yellow as if a gilder had been at work with gold leaf all around the city. The last light of the sun scatters gold dust over the people playing draughts and drinking mırra in the shopping streets, which until the sun drops to the horizon have been concealed in shade. A young woman with tattoos on her face is feeding her child on the roof of her house.

Her white head scarf gleams, and the henna stains on her hand redden to match her earrings. Suddenly a cloud appears in the skies over Urfa, and a throbbing sound fills the air. Golden wings beat and the cloud veers. It is thousands of pigeons, their wings touched only by the sun and the wind. Perhaps if they each lent a wing, they might lift this gold city up into the air.

But suddenly the cloud disperses, and groups of pigeons head in different directions to the rooftops of their owners’ homes. Pigeon keeping is a popular pastime in Urfa, and in pursuit of the birds we followed our chance acquaintance Ahmet Toprak through the labyrinthine streets. In and out of courtyards, and up and down flights of steps onto the rooftops we went, visiting the pigeon fanciers. At every door we had a new question, and each proudly displayed pigeon won new admiration. Finally, we entered a coffee house whose sign read Çardaklı Kahve. One of the rooms had an entire wall divided into wire aviaries. Facing these were small tables and stools. This was where the pigeon fanciers gathered, the murmurs of their conversation mingling with the cooing of the birds. 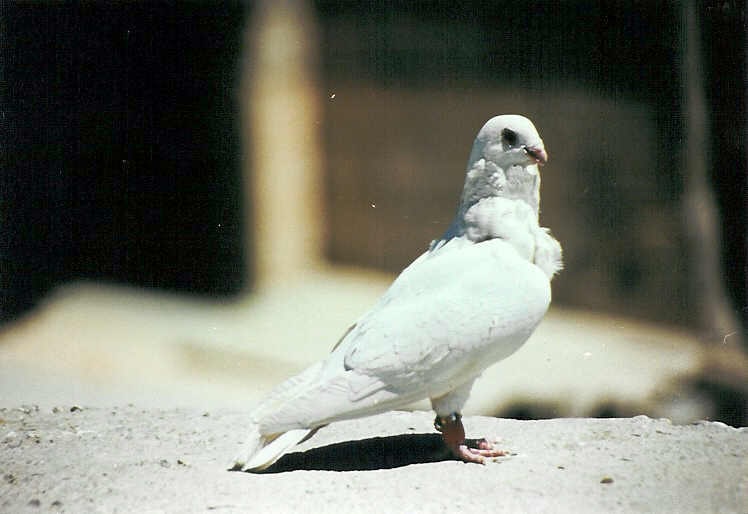 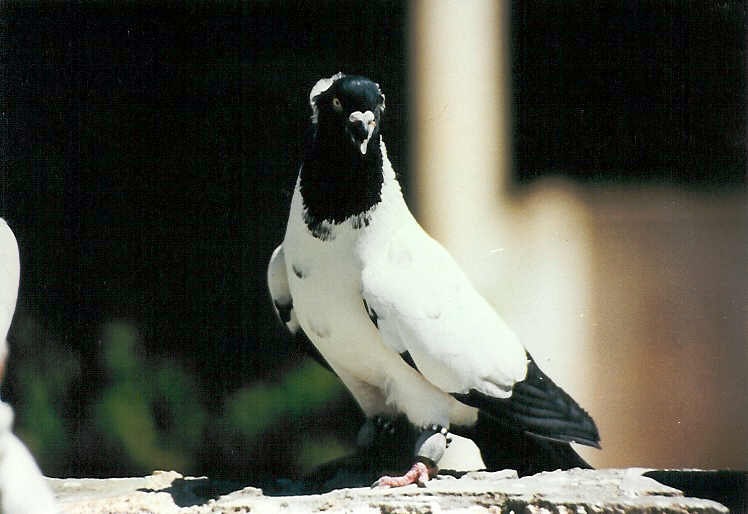 But the real action was on the coffee house roof. Although I had spent the entire day visiting pigeon fanciers, I had not yet seen so many birds together. I was surrounded by four to five hundred pigeons producing a steady hum of sound. Ahmet Bey introduced us to the coffee house owner, Şemsettin Aybar, and we discovered that this was Urfa’s most famous pigeon fanciers’ coffee house. Whoever wanted to find out about the city’s pigeons eventually found their way here. When I asked Şemsettin Bey how many varieties of pigeon he kept, he replied that there were a hundred, and began to enumerate them: ‘Mısıri, Derviş Ali, Kespir, Hungarian, Zeytuni, Mardin, silvertail, mıskır...’

Realizing I was becoming confused, he stopped and instead explained that they could be divided into two main types, those that fly straight and the tumblers. The former usually have no feathers on their feet. The tumblers are rare and expensive to buy, their quality gauged according to their somersaulting ability, which is inborn. Those that tumble the most are the most prized, and a good bird should, he said, fly back every nine minutes and turn twenty-five somersaults. The straight flyers are trained by their owners for the karışma or ‘mixing’ which takes place every day except in the hot summer months. The birds are all released at a particular time previously agreed upon and mingle in the sky above the city into a single huge cloud of many thousands of pigeons. Yet each owner recognizes his own birds amongst them.

While the owners talk and joke below on the ground the pigeons whirl above. Şemsettin Bey described the karışma in battle-like terms: ‘We release them at four or five o’clock. Even the birds know the time, and when the doors open, they streak out like rockets.’ The point of the exercise is to have your birds so well trained that they cannot be caught by any other pigeon fancier, while you in your turn do your best to catch someone else’s bird. 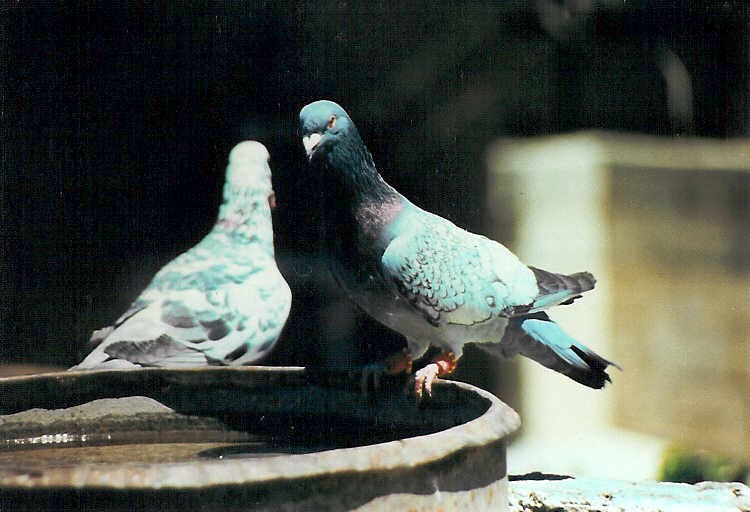 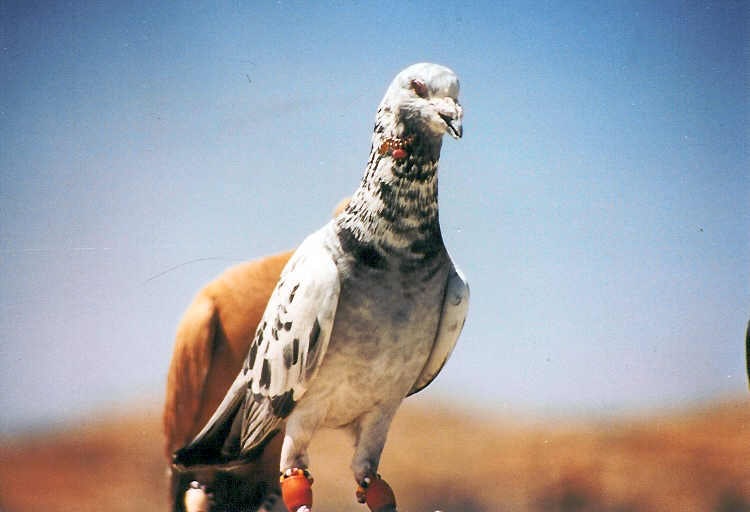 The birds are tempted by whistling or by showing them a female, and once in range they are caught by means of a net on a long stick known as öd. Once another's bird has been trapped it belongs to whoever has caught it. The new owner may keep or sell the bird, although exceptionally in the case of close friends the trapper may return the bird to its original owner. Birds which return are regarded as loyal and courageous. Each flock has a leader, which is always one of the birds with ‘a clean record’ which has never been caught. Sometimes a pigeon owner issues a challenge known as ürkütme, laying wager that his birds are un-catchable on any terms that the challenged owner cares to set.

The challenger is obliged to accept all the terms or custom dictates that he surrenders all his birds or give up pigeon keeping altogether. Terms include transporting the birds to a release point several hundred kilometers away and releasing them at night to increase the chances of confusing them. Each bird works for three or four years before being mated with a female of its own variety. The youngsters are trained for a year before participating in the ‘mixing’ with the other birds. 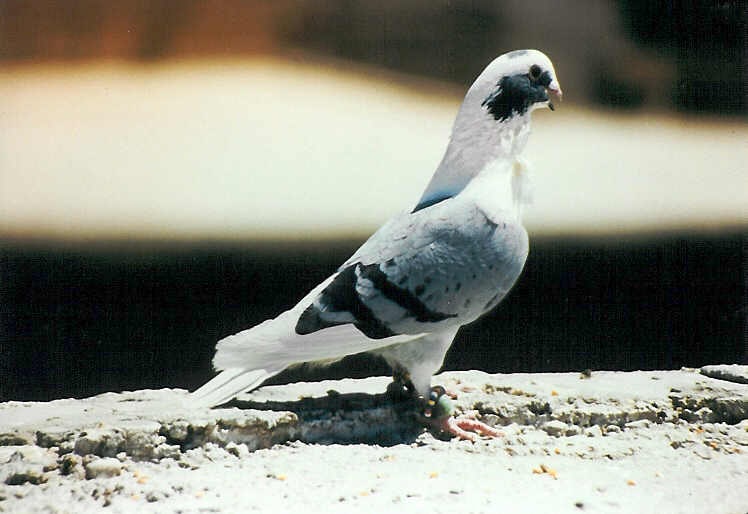 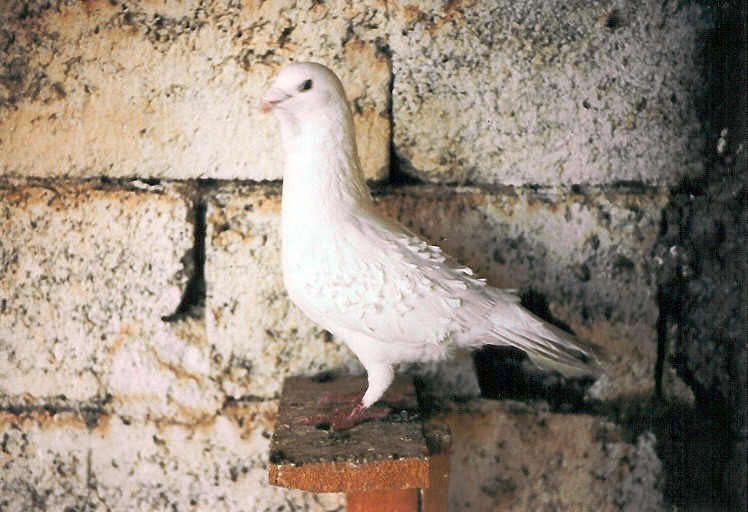 Tending the birds is a time-consuming job, and apart from cleaning out cages and giving food and water the birds are adorned with beads and jewelry. Bracelets known as takım made of bone or amber are attached to their feet, and some have silver earrings and necklaces. The tinkling and chinking sound of this jewelry harmonizes with their delicate cooing voices. The bird keepers also paint a distinctive mark of ownership on the under-wing of each bird. Şemsettin Bey explains that his color is orange, and that wherever in the province a bird of his is caught, it is recognized as a Çardaklı pigeon.

Şemsettin Bey describes pigeon keeping as a wonderful hobby, so long as the obsession is kept within reasonable limits so that money that should be going to wives and children is not spent on the birds. ‘It is a tradition passed down to us from our fathers and grandfathers,’ he says. ‘The pleasure is not just in the competition. Whatever troubles you might have in the world, they are forgotten when you feed your birds in the evenings. You find serenity in their company.’ Perhaps the pigeon fanciers’ journey with their birds in imagination, and who knows where they fly. 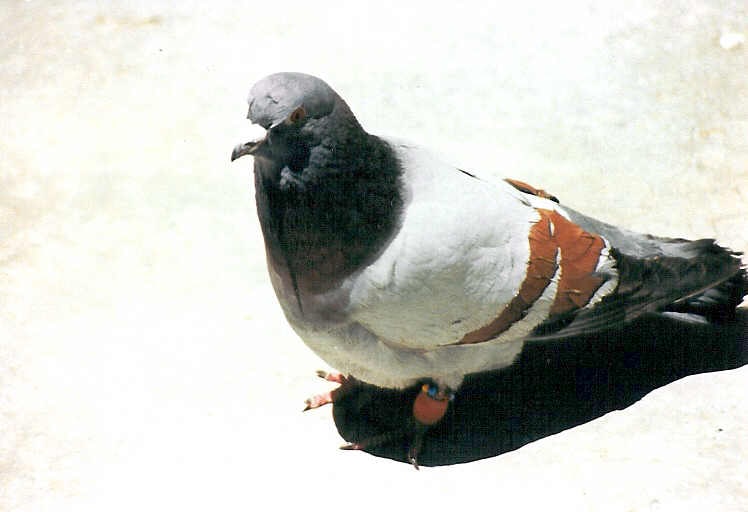 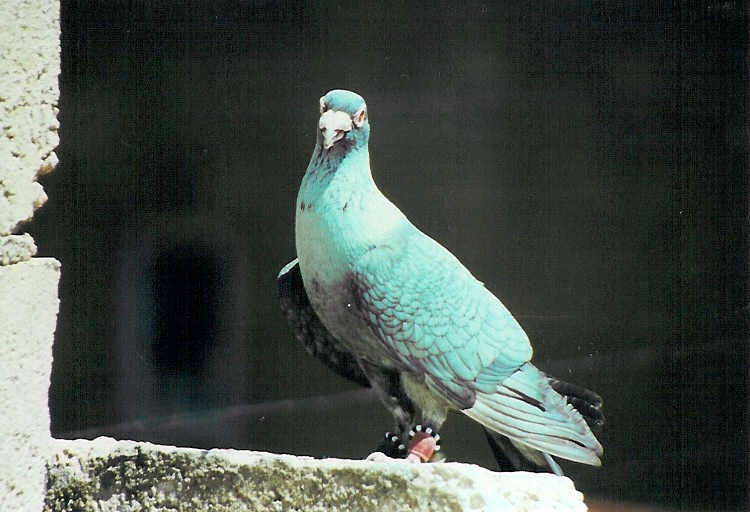 Published in the SKYlife magazine of the Turkish Airlines.